A recent EIU survey, Globe Shopper City Index, London is bestowed the title of best shopping destination city in Europe, over worthy competitors like Paris and Milan. Here in the Netherlands, Amsterdam placed 8th on the list.

While the crowds and pedestrian traffic leave much to be desired when visiting London, the department store, high street fashion boutique, and alternative trends shop assortment of retailers, greatly makes up for. As you would expect, the London press was all over this honor, covering it in-depth in all print, broadcast and digitial mediums. The coverage didn’t seem nearly as high in Paris. Hmmm!

The survey itself was not based strictly on fashion assortment. Instead there was an in-depth methodology used that integrated other factors under the general categories of shops, affordability, convenience, hotels and transport, and culture and climate. Consideration was given to availability of flights, shopping hours, sale season length, exchange rate stability, dining costs, safety, international brand presence, and climate, among others.

While it wasn’t a surprise to me that The Hague here in Holland didn’t make the list of top 33 cities, our neighbor to the north, Amsterdam, was a bit of a surprise ranking as high as # 8. More interesting results, in my opinion, were Paris’s rank (not #2), the presence of so many eastern European cities in the top 30, the lower than expected ranks of Copenhagen and Stockholm, and the exclusion of Dusseldorf and Zurich from the list.

The tool used to determine the results can be used by shoppers to determine their own personal rankings of shopping cities to visit based on making adjustments to the weighting of the various factors, as they relate to the shopper.

Here is the full list of the top 33 best shopping cities in Europe based on the Globe Shopper City Index:

THE RODEO DRIVE OF AMSTERDAM 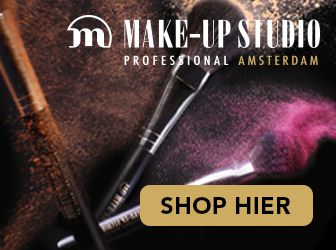