According to newly released survey results, bol.com continues to hold the number 1 position as the strongest retail brand in the Netherlands, with Albert Heijn and Kruidvat in second and third place…

Amsterdam-based retail and brand consultancy Hendrik Beerda has surveyed 1,500 Dutch shoppers across a range of factors including price/quality ratio, staff friendliness, promotions, societal giveback, accessibility and growth expectation. The results formed the basis of the annual report which started in 2015.

According to the newly released 2020 report, Dutch online retailer bol.com retains its top ranking as strongest retail brand in the Netherlands. It has held the position ever since the survey began. The retailer is a division of the Ahold-Delhaize corporation.

Albert Heijn, the largest supermarket chain in the Netherlands and another Ahold-Delhaize division, remained in second place followed by drugstore chain Kruidvat (a division of A.S. Watson) in third.

Rounding out the top 5 strongest brands in the Netherlands was international home decor retailer IKEA at number four and Dutch general merchandiser Action at number 5.

BEST RETAILERS IN THE NETHERLANDS 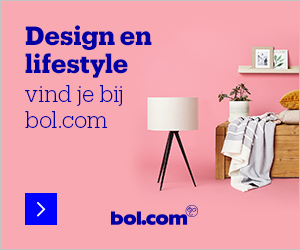